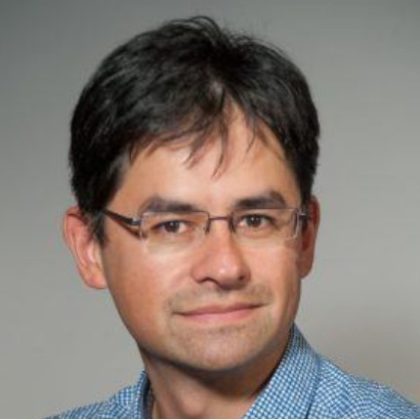 ANDREW MARK, Ph.D.
MANAGER OF OPTICAL ENGINEERING AND METAMATERIAL DESIGN
Andrew Mark is the Manager of Optical Engineering and Metamaterial Design at META. He received his BSc in Physics from Queen’s University in Kingston, Canada followed by his MSc. In 2009 he was granted a PhD from Queen’s for work on atomic resolution scanning tunneling microscopy of semiconductor defect structures. Starting in 2009, he spent two years as a postdoctoral researcher at the Surface Science Research Center at the University of Liverpool, UK. Between 2012 and 2017 he was a postdoctoral researcher and research scientist at the Max Planck Institute for Intelligent Systems in Stuttgart, Germany, where his research covered topics such as acoustic holography, large-scale fabrication techniques for 3D nanostructures, chiral plasmonics, mechanical metamaterials, and applications of nanoplasmonics. He has authored over 30 journal papers and was awarded the Gunter Petzow prize in 2015 for outstanding research in the field of material science.
< Back
Get In Touch
Meta Materials Inc.
1 Research Drive / Dartmouth /  Nova Scotia / Canada / B2Y 4M9